Jericho Brown and the Poetry of Emancipation


This regular column for Poetry Flash looks at poetry to illuminate issues relevant to health, mental health, and coping with our lives today.

IT HAS BEEN SAID of Freud that he took the gods down from Olympus and placed them in the family. The prophecy that Oedipus so tragically lived out is replayed in the erotic intensities and aggressive fantasies between children and their parents. Freud's version of Oedipus's pokered eyes was a life of neurotic anxieties and guilt. The project of psychoanalysis was to emancipate us from chains located inside our individual unconscious minds. But what about actual family violence and sexuality, and what about the actual chains of oppression that forces like racism exert on non-white lives? Contemporary psychoanalysis, though late to the party, has begun to struggle with the intersection of these forces and our individual psyches. 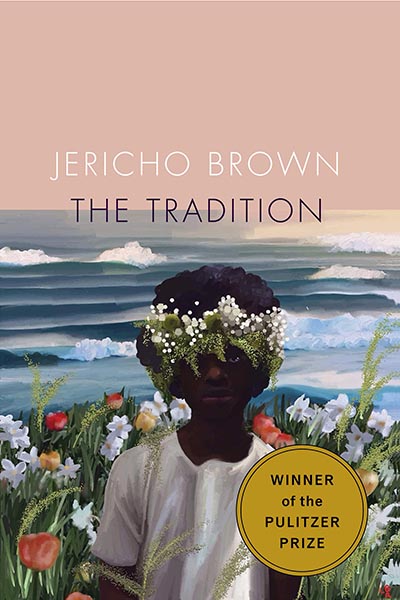 It is directly at the intersection of these contexts that The Tradition, the Pulitzer Prize-winning collection by Jericho Brown—a gay, African American poet—is located. The title poem tries to extend the pastoral tradition of a catalog of flower names, "Stargazer. / Foxglove," to include black people: "…We thought / Fingers in dirt meant it was our dirt.…" Which ironically invokes the legacy of slave times when the "dirt" was clearly not theirs. Are black people the inheritors of these "Names in heat, in elements classical / Philosophers said could change us"? Or must their catalog of names, as the poem concludes, be of a world of "…everything cut down," where the names of victims of police violence: "John Crawford. Eric Garner. Mike Brown." replace "Aster. Nasturtium. Delphinium."

In this column I want to discuss the second poem in the collection, tellingly titled "As a Human Being," that both invokes and explodes Freud's Oedipal struggle. The family violence the poem describes is not fantasy, and the young speaker's liberation is both psychic and searingly real. The poem opens:

There is the happiness you have

And the happiness you deserve.

They sit apart from each other

The way you and your mother

Sat on opposite ends of the sofa

After an ambulance came to take

We soon learn that the boy has sent his father to the hospital, "…done what / You always wanted, you fought / Your father and won, marred him."

The tension the first two lines describe, echoing the larger theme of the book, is between the universal human condition, which holds the potential (as for instance, through Jesus or poetry and psychoanalysis) of "the happiness you deserve," and the "happiness you have," in this case the happiness of a young, gay black adolescent who violently breaks free of his family. A freedom purchased not only by "marring" his—we assume—violent father but also by experiencing with wide open eyes the betrayal of his mother, who rushes to his father's side. The poem continues:

Doctor will stitch him up, and

Soon an aunt will arrive to drive

Your mother to the hospital

Where she will settle next to him

We note the terrible word "promised," which echoes the "happiness you deserve." In this version of the Oedipal story, there is no sublimation of aggression against the father into ambition, nor sublimation of the love for the mother into gender-appropriate eros. In a world governed by "the happiness you deserve," the mother would have defended the boy, comforted him at least, rather than sit in stony silence at the other end of the couch, waiting for her sister to arrive. But it is inescapable that this is a black family in a racist America, where the "happiness you deserve," (e.g. through a "normal" resolution of the oedipal phase) is routinely denied to boys like the speaker. In this poem, the happiness you have is wrung from the realities of the family violence that internalized racism generates. His mother, "The only woman you ever cried for," will not protect or sponsor her gay son's development. She will tend to her husband's wound instead, "…as a bride tends / To her vows, forsaking all others / No matter how sore the injury." The way the boy subsumes his own wounds into "all others" catches in the reader's throat—the disillusionment with the mother is complete.

If this poem had ended here, we could have said, like Jews at a Seder, "dayenu," it would have been enough. But the speaker repeats the line, "No matter how sore the injury," as if shaking himself out of his family and his childhood:

No matter how sore the injury

Has left you, you sit understanding

Yourself as a human being finally

Free now that nobody's got to love you.

The phrase "understanding yourself as a human being," invokes Freud's basic project of liberation through self-knowledge. The boy frees himself from bitterness at not getting his mother's love and protection, from not insisting that she's got to love him. In an act of startling self-invention, he is now free to find his own portion of human happiness.

The last words, "nobody's got to love you" stays in the mind a long time, after the drama and violence of the poem fade. It circles back on the title, "As a Human Being." Psychologically, it chastens our narcissism, loosens our childish sense of entitlement. It suggests the Buddhist idea that liberation from suffering comes from renouncing our attachments and expectations. Most movingly, it places Brown in the long tradition of poets like Dante and Blake who write to offer us a path to freedom.

David Shaddock PhD is a poet and psychotherapist. His most recent poetry book is A Book of Splendor: New and Selected Poems on Spiritual Themes. He is also the author of Poetry and Psychoanalysis: The Opening of the Field, from Routledge, and two books on relationships and couples therapy. He lectures widely on those topics, and maintains a private practice in Berkeley.


Mother of Muses: A Prayer from Bob Dylan at 80
by David Shaddock